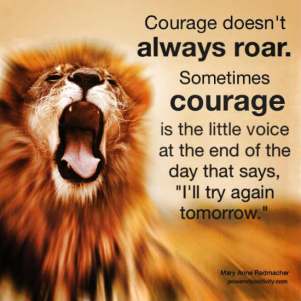 Trent has asked me several times what I think the producers of Naked & Afraid see in him and why they invite him back for more challenges.  I told him he is the classic “hero’s journey”. According to Google, the Hero’s Journey is a classic story structure that’s shared by stories worldwide. Coined by academic Joseph Campbell in 1949, it refers to a wide-ranging category of tales in which a character ventures out to get what they need, faces conflict, and ultimately triumphs over adversity.  Think about all your favorite movies, books or Netflix series. The main character, quickly adored because of their character of honor and integrity, sets out on a journey of sorts to triumph over something. They face an obstacle or an adversary, most times they also have to face a shadow side of themselves on this journey.  Then in the end, they triumph and …. get the girl. Ok, I made that last part up but you get the idea. Some famous examples of the Hero’s Journey are The Lion KIng, The Matrix, The Hunger Games, Men in Black and Star Wars, just to name a few.

So in Trent’s first adventure in Belize, his partner taps out on day 3 and he has to survive on his own for the remaining time.  What you may not know is that Trent, in his personal life has had a few “partners” …. Aka…. “ wives” tap out on him too. I glimpsed a huge insight to his hero’s journey for his first adventure when he asked me, “Why do all women leave me?”  I’m sure on Day 3 this was a shadow thought that could have taken him down if he had allowed his mental game to be weak. He even told me that he felt himself drop into a depression that day and everything that he had planned to do out there with a partner was lost.  Because she had left early that morning he had the entire day to wallow in his self pity and that monkey chatter in his head was getting the best of him he shared with me, then the next morning, he stepped into his day with new resolve. He rallied his mental fortitude and pushed forward with his challenge being one of the first survivalists at that time to make it that many days alone.

In Trent’s second adventure in Africa, he contracted malaria.  The local professional hunters that were hired to protect the production team told Trent they thought he had probably had the disease for three weeks when the medics finally tested him for it.  This life threatening disease would have taken many people down but not Trent. His warrior spirit led to another Hero’s journey story of pushing through and finishing the 40 day challenge with his team.  Even at the end through all the suffering of the disease, the struggle with limited food, wounded bare feet and so much more I can’t even imagine….. His thoughts were of his team. He rallied his remaining team mates and they shot arrows into the landscape of Africa in dedication to those teammates that were not able to make it to the finish in person but had been there in the hearts and souls of the finishing team.  His final arrow was for himself. Instead of shooting it into Africa, he broke the arrow, symbolically showing that malaria would not take him out of the challenge. Once again he had overcome an incredible physical obstacle but also a very mental/emotional one as well. I don’t know about you but if a medic said I had malaria, I’d be all…. “Peace out, get me to a freaking hospital my peeps!” But not Trent, his hero’s journey brought him to victory for a 40 day hunting trip in Africa like no other, where he bonded with friends as family that will last his lifetime.

And so my love, that is why I think Naked & Afraid and all your fans love and adore you.  You’re courage is not an in your face, beat on your chest LOUD yell and scream just how courageous you are.  It is a quiet resolve to get up and do one more day….. And then do it again the next day. I’m the luckiest girl in the world to get to walk this adventure called life with such an amazing HERO.  Your courage is contagious. I have watched your courage in all different areas of your life and my courage has grown by walking by your side. Cheers to all of us who choose to walk our own Hero’s Journey….. we overcome and triumph over anything that threatens to keep us down.  Sometimes we are loud about our victories but more often our quiet triumphs are never known to those around us. 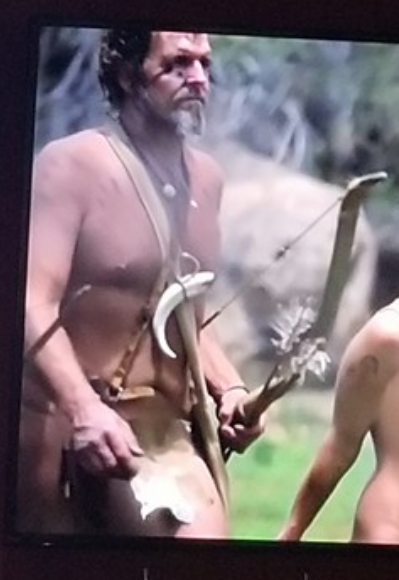 "Sheri Joi has changed my life in a remarkable amount of time!!! In helping me see the negative attributes that I was hanging onto, she assisted in making me aware of processes to letting go easily instead of fighting to try so hard. It has dramatically changed my attitude in life, financial situation, business and personal relationships!!!! And best of all, rekindle the relationship with myself and pulling all the strengths back out of my core!!! Looking forward to continuing down the life that I was created for knowing the skills she has helped me set fourth!!!

Sheri has the ability to connect to people and uplift them. I loved working with her because she always made what we did feel a joy. Sheri brings joy and passion to everything she touches. She has a love and zest for life and her desire to live it to its fullest shows in everything she says and does. She has the ability through her own life struggles to relate to people from all walks of life.

Daryl, Visionary of the Divine

Sheri Joi's love and guidance helped me have the courage to let go of the past and embrace the light of a beautiful today with healing hope for the future. She helped me to more fully "see" myself as beautifully, wonderfully, uniquely me! That I have been blessed with the ability to create good and attract the best things into my life! She serves with gentleness and unconditional love!

Sheri Joi is a wonderful, brilliant woman! She helped me shed many of my long-held negative beliefs about myself, my ability to care for my family, and my life. She helped me see the good in me and my future; to believe and hope that the best IS coming. Her love and encouragement got me through a very dark time in my life. Her warmth and caring are evident in every interaction I've had with her. She brings light and JOI to all, and help to change for the best for those who want it.